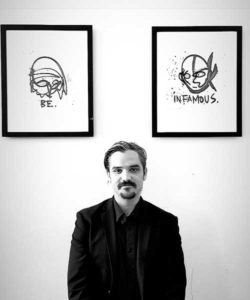 Playing classical music on a century-old piano was not a thought that crossed Corey Jordan’s mind when he quit piano lessons at age 12 to take up dirt bike racing. And making his living with a piano was something he could never have imagined doing. But some 20 years later he’s so passionate about playing his 1914 Steinway that he can’t imagine a day without it.

The notes often drift from the windows of his downtown Paso Robles, CA apartment as he composes original pieces or interprets the classics he has come to appreciate and enjoy. On warm summer evenings the melodies often draw an audience of patrons from nearby restaurants or inspire impromptu dance parties in the street below. Sharing his music for the enjoyment of others has become as much of a passion as playing it.

Though his piano and the music he makes with it fulfill his daily existence, he has also been able to turn that passion into a successful career as a composer, orchestrator, and producer. While studying production at the Los Angeles Recording School in West Hollywood, a genuine interest in the piano was ignited and he plunged headfirst into the music world, quickly becoming known as a concert pianist, producer, and recording artist. The release of his first album, written, produced, and recorded with one of his childhood music idols, was a big affirmation that he was headed down the right road.